How to Setup AutoPay for Payments to TechNosis with Discount

How to use Email Encryption

How to Save an Email as a .msg or .eml File

Your Email Was Not Hacked (well probably)

Accessing a Shared Mailbox via OWA

Reasons your Bulk Email will get flagged as SPAM

Resources for inbound and Outbound SPAM Management and Signature Strategies

Creating a Public Link with Workplace

How to Edit a Workplace File using Office Online

Getting Starting with Workplace for Windows and Mac

How to remove core files from your Sophos UTM

Align subscription dates for your UTM

How to install your XG license renewal key

Allowing network devices to relay email through your Sophos XG

Adding Users to the Local Security Database on your Sophos XG

Reviewing your Personal SMTP Quarantine on a Sophos XG

Reviewing the Global Email Quarantine on your Sophos XG

How to remove Sophos Antivirus from a Mac

How to apply a Sophos License Renew Key to your UTM

How to find the serial number of your Mac

How to disable notifications for Google Chrome

Locating the Name of your Computer

How to Find the Hostname/Serial Number of your PC - Windows

How to find your phone's MAC address

How To Change Default Program to Open Certain File Types

How to See or Delete Saved Passwords in Chrome

Pinning Network Programs to the Desktop

Setting Up Splashtop on a Home Computer

How to Re-Download Quickbooks Installer

Set up Exchange ActiveSync on your iPhone, iPad, or iPod touch

How to troubleshoot connection issues in Chrome

How to Connect to a Printer from a Mac 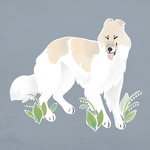 Updated 1 year ago by Emma Stone

USB-C is a connection type. USB-C is not Thunderbolt 3, Thunderbolt 4, or USB4. It is just the connection that those technologies use. To understand the difference between each of the aforementioned technologies, you have to look beyond the USB-C connector that each solution uses to plug in.

The difference between Thunderbolt 3 and USB 4 is mostly in the name. The actual standards are very similar, though there are some exceptions like signal frequency. For example, Thunderbolt 4 is 10.3125/20.625 Gbps while USB4 is 10/20 Gbps.

Thunderbolt 4 does add some new features, too (both host and device-based), such as:

Summary of the Main Differences

Regardless of whether the device is USB 4, Thunderbolt 3, or Thunderbolt 4, it’s best to purchase a Thunderbolt 4 cable to guarantee full compatibility.

What should you buy?

Contact TechNosis to make sure you are purchasing the correct cables for your needs.

How did we do?

Powered by HelpDocs (opens in a new tab)